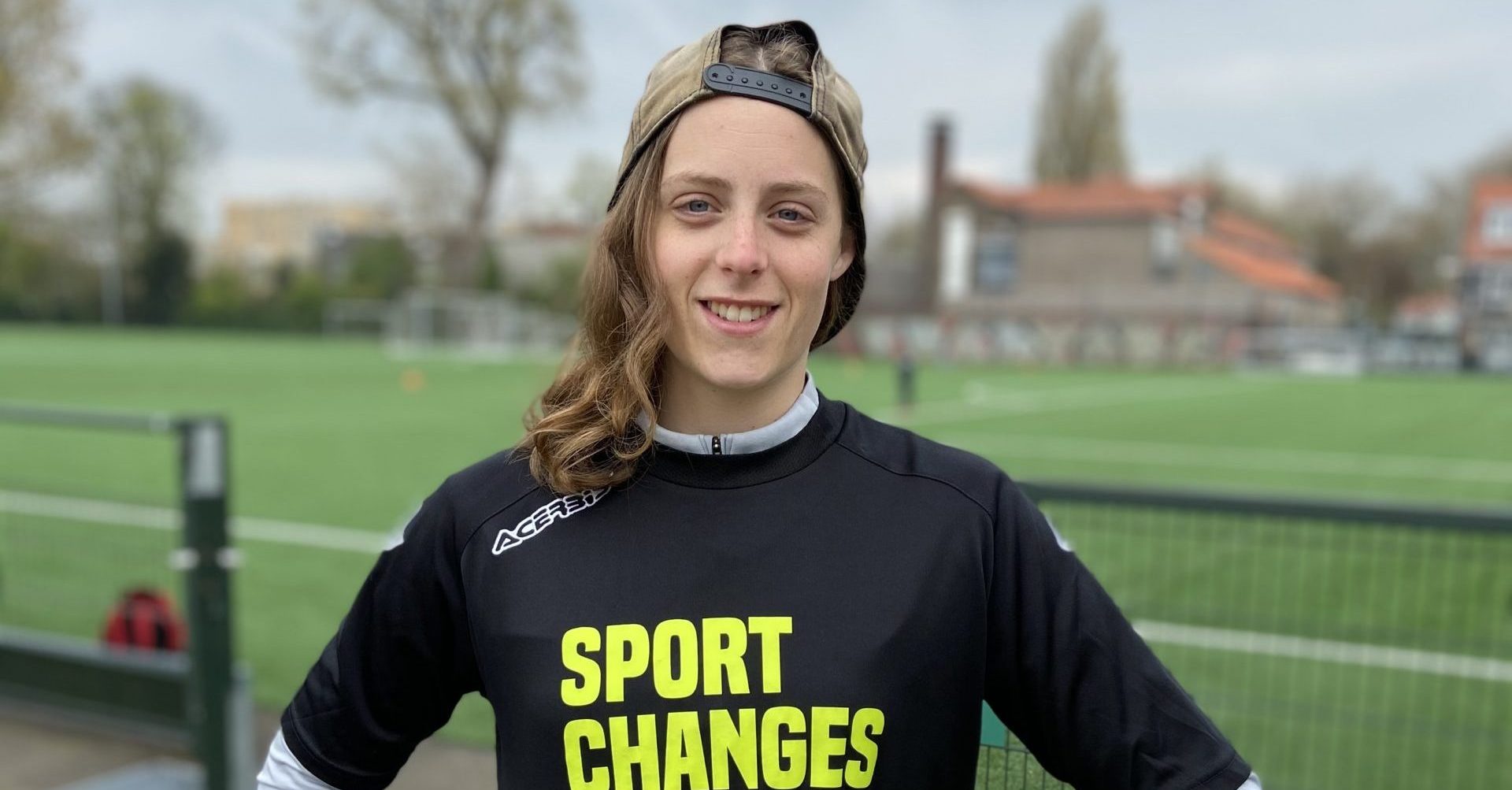 Isabelle found her passion after a long wander: sports

By Karlijn Hermens30 June 2021 No Comments

Isabelle found her passion after a long wander: sports

In September, the European Life Goals Games will be held on the Jaarbeursplein in Utrecht. Isabelle (23) will definitely be there. The girl from Utrecht was removed from her home at an age of fifteen. After a long ramble through shelters, foster homes and prison, she has her anger under control and is fully engaged in sports. “When I moved from a residential group to a foster family, I had just finished my final exams.”

The Utrecht-based girl was fifteen when she was removed from home. “My parents and I weren’t on great terms. At that age you will come to Youth Care. I’ve lived in shelters, stayed with foster families, but it didn’t really go well anywhere. When I moved from a residential group to a foster home, I had just finished high school. While everyone was stressing about exams, I had other things on my mind. But luckily I did graduate from high school.’

After graduating, Isabelle moved in with her then boyfriend’s mother. Suddenly they lived together. “Until it went wrong. Then I had two choices: out on the street or back to my parents. I chose the latter. Far from ideal, I hadn’t left there for nothing. After a while it went wrong again. Then I ended up at Singelzicht, the shelter for homeless young people on the Wittevrouwenkade in Utrecht. At Singelzicht, I was in one house with 23 problem young people.’ 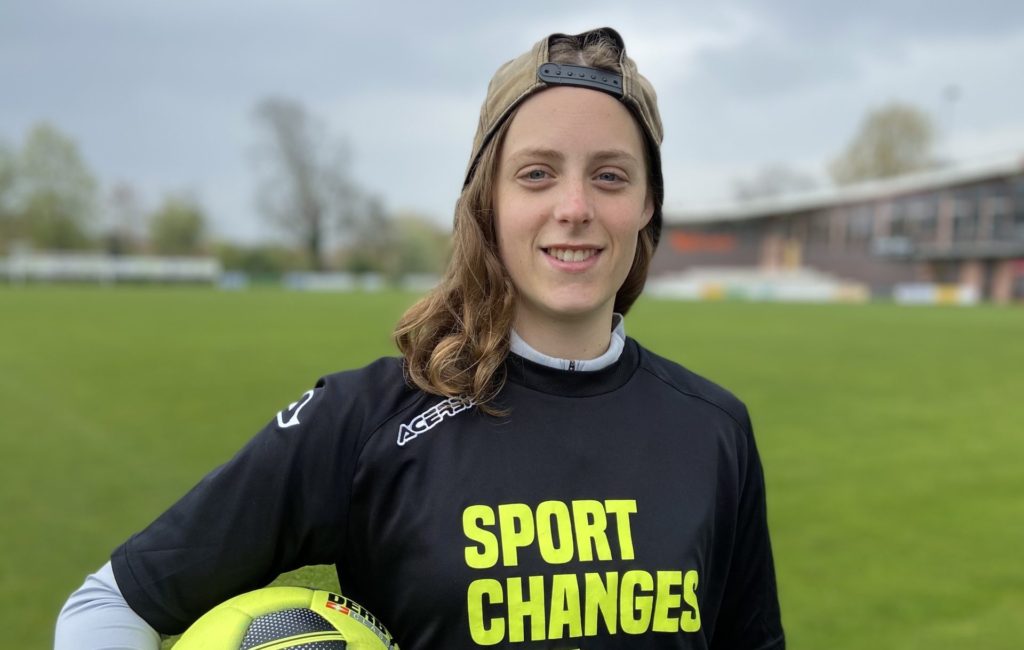 Angry
During that period, she found it increasingly difficult to control her aggression. In the clinic where she was being treated voluntarily, there was an outburst. The clinic filed a complaint. “After that, I was stuck. That’s a bit scary. Luckily I got a lot of freedom. Only I was too “normal” for that department, there were many serious cases there.’

She looks back on that period with mixed feelings. “I don’t deny being aggressive at that time, but the clinic made a few things worse in the report. On appeal, only threats remain of the indictment. I am very happy with that. After that sentence, I was prescribed the drug Ritalin. This so-called psychostimulant works very well for me. I no longer dwell in my anger. And if I do come home angry, Tommy will be there.” She laughs. “It’s impossible to stay angry with my dog.”

Passion
Positive things also happened. ‘When I was in Singelzicht, we participated in a football tournament. Of course I was there. That is how I came into contact with the people of Team SveT (translated: Sports for a Future). They organize sports- and exercise activities in Utrecht for people from shelters. Many counselors are experiential experts, who know what you are dealing with when you are in the shelter yourself. That’s how I started working out again.’

Train
Isabelle now stands in front of the group every week. “Sport is my passion, I want to continue with that. I have completed the LSR-training, a course for assistant fitness trainer, and I want to do the Social Sports Coach training of the Life Goals Foundation. Then you really learn how to give training to people from shelters.’

In the meantime, she is not standing still. Isabelle is now an active member of SveT, On the Move and she is a volunteer at the European Life Goals Games to be held in Utrecht in September. ‘I am part of a working group and I give the organization my input. Also, I will give soccer training for girls. We may be active in other ways that week. I can’t wait for it to start.”

And meanwhile things have become a lot quieter in Isabelle’s life. She has an apartment in Utrecht with her dog Tommy and is busy with her sports activities every day. Moreover, she has her anger under control. “I see my mother often too. Super nice.’ 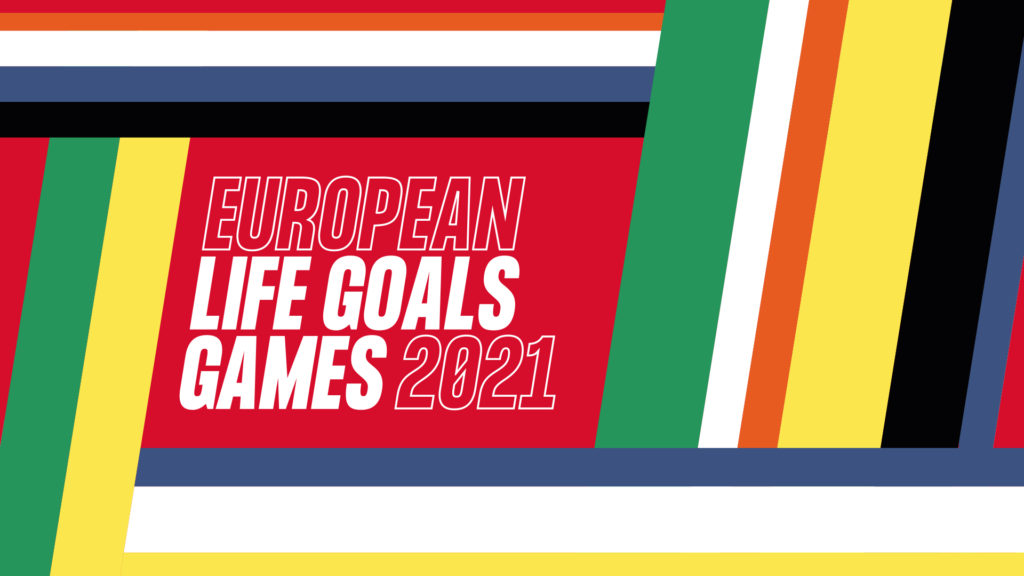 Volunteers wanted
UTRECHT – More than 100 volunteers are still being sought for the European Life Goals Games who can make this event a great success. You can become a volunteer in the following domains: teams, sports, communication, logistics and hospitality. To get started there, you must be at least 16 years of age or older on July 1, 2021, you are expected to be available on all match days and a basic command of the English language is a plus. As a volunteer you ensure that everything runs smoothly. You can taste the atmosphere of the competitions and feel the enthusiasm and energy of all participants. You have a position within a domain that suits you and you get to know many new people. Sign up quickly via www.europeanlifegoalsgames.com.

This site uses Akismet to reduce spam. Learn how your comment data is processed.